Disculpa, pero esta entrada está disponible sólo en Inglés Estadounidense. For the sake of viewer convenience, the content is shown below in the alternative language. You may click the link to switch the active language. 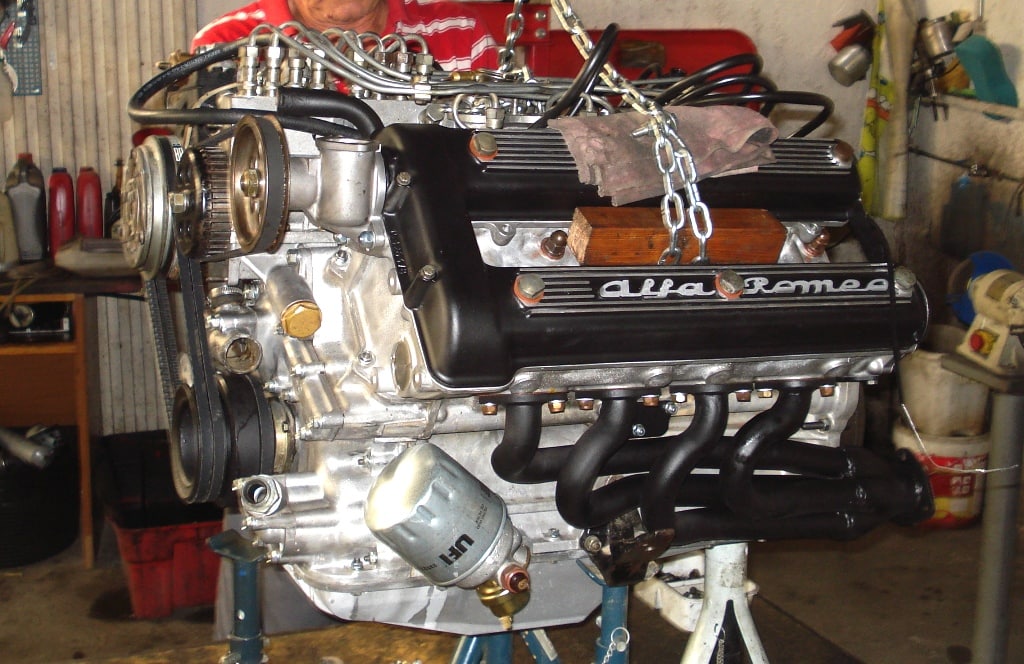 As  noted in our «Montreal Buyer´s Guide»( https://www.italclassic.com/en/alfa-romeo-buyers-guides/alfa-montreal-buyers-guide/) engine problems with a Montreal can prove expensive. The engine as such was very sophisticated for its era (4 ohc, oversquare, all alloy, dry-sumped). The engine was designed by Carlo Chiti ( architect of the racing T33 series)  and Dre Satta (head of the Alfa experimental department) .  The Montreal does not have any shared parts with the T33 (urban myth),  but has similar architecture, rationalised for production. As such, it shares some parts with different spec Nord engines.

This engine is from a  Montreal which has been sympathetically maintained by the same owner in recent years. Italclassic was asked to do a top end rebuild on the car last year and noticed that oil pressure was low. The owner had been aware of this, but had concluded that the gauge/sender were under-reading (fairly normal in itself). 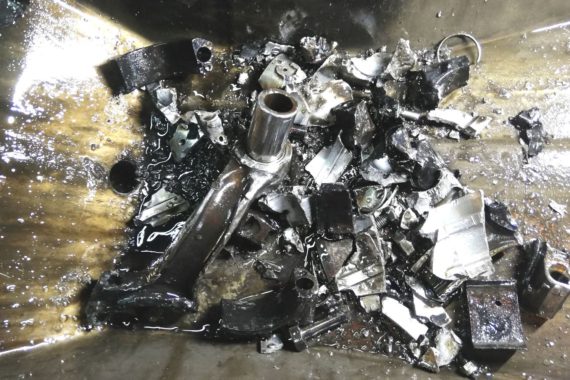 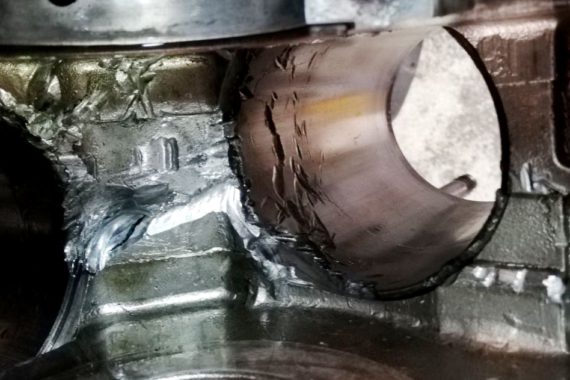 Damage to liners in cylinders 2 & 5 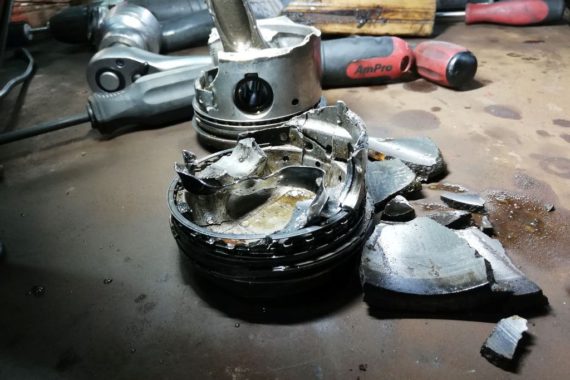 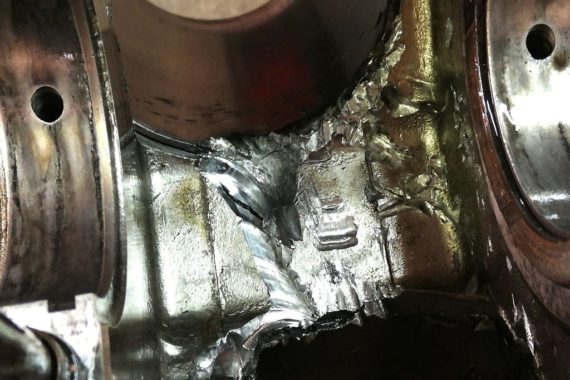 Picking up the pieces

The damage was obviously catastrophic.  The block could not be saved, so a secondhand block had to be sourced. The crankshaft was in good condition still, but all other moving parts had to be replaced. The Montreal is not as easy to source parts for as as the Nord engine (fewer than 4000 Montreals were built) but Italclassic has good contacts,  (we even managed to source a good second handblock!) and the stockpile of parts required was acquired. 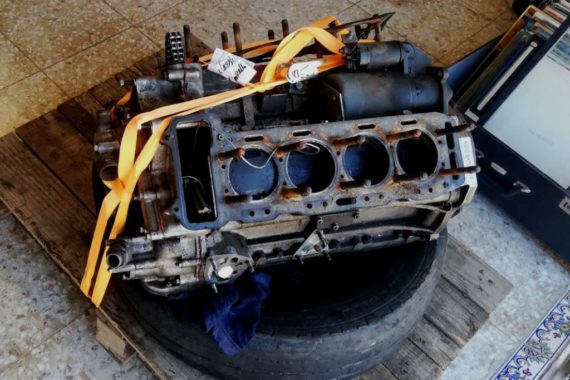 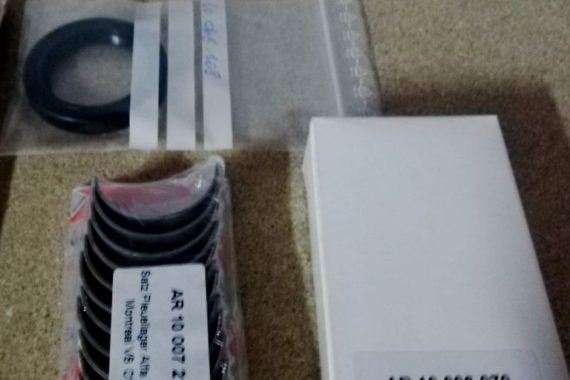 Itaclassic has worked on several Montreals, and each one teaches us more. The engine is sophisticated, but not illogical. It requires understanding so careful research is important. One particular known weakness is the bearing in the water pump, which often leaks and seizes, usually with serious consequences. The upgrade to a better spec is well-known and easy to do when the engine is out of the car, as shown here.

Another useful modification is suggested by Bruce Taylor ( https://www.alfamontreal.info/ ) , whose web site and book (Alfa Montreal: The Essential Companion) are essential to any Montreal owner. This is a  marker  attached to the front of the block  which greatly facilitates  setting the timing.

New everything to fit, patient and careful assembly do the rest. The distributor was fully rebuilt  and with the fuel injection correctly set, the result is an engine which is super smooth and gives the power which it should. 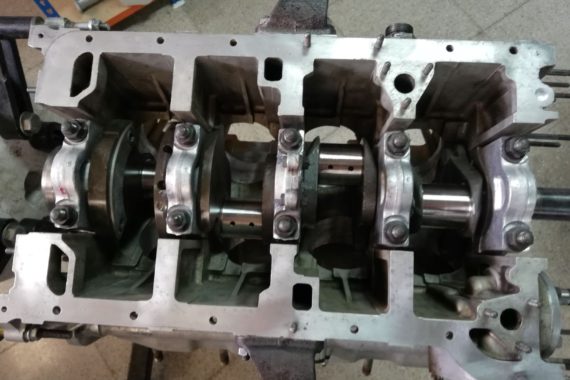 Crank mounted in the new block 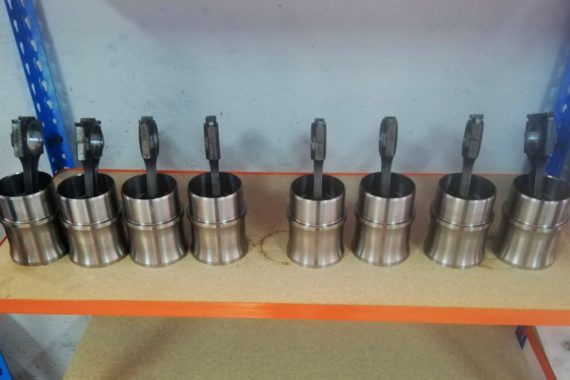 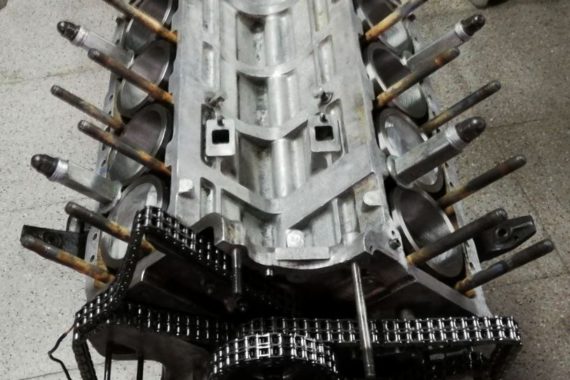 Montreal:New pistons and liners in situ with new timing chain and tensioners 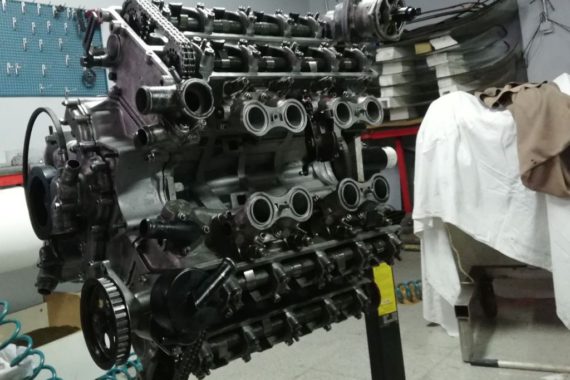 Heads torqued down and timed correctly 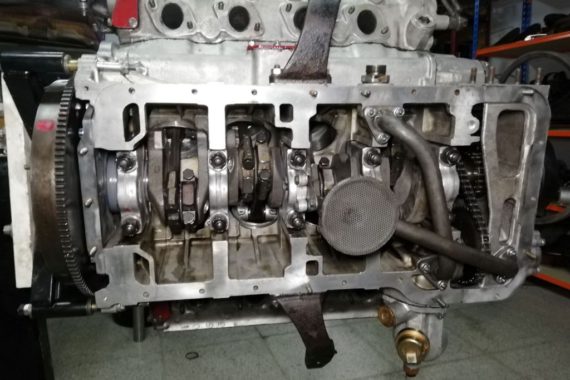 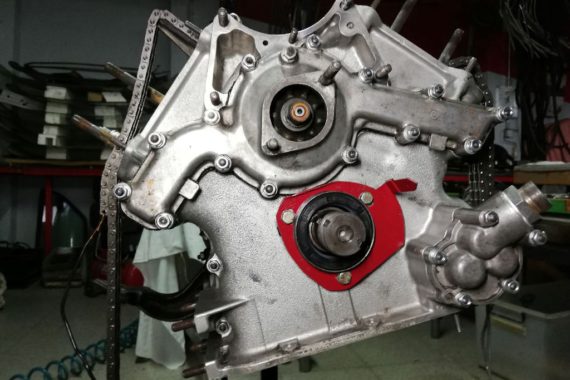 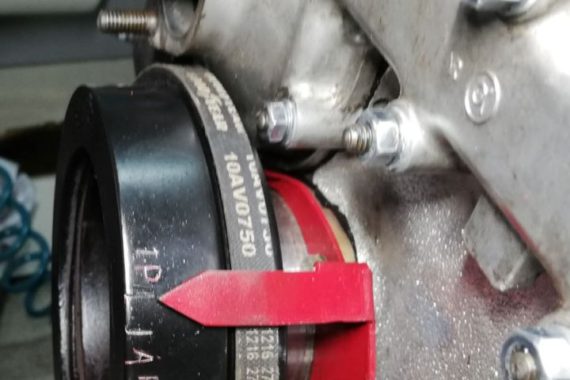 Pointer used to line up timing marks from flywheel to pulley 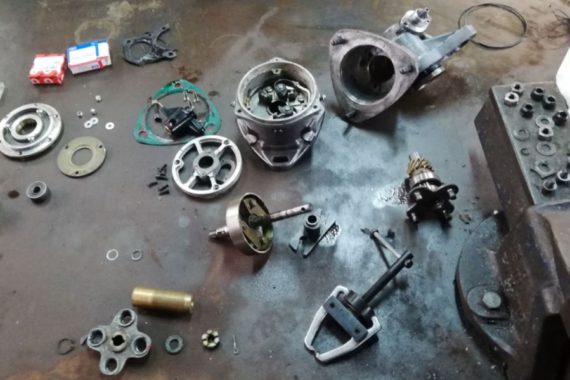 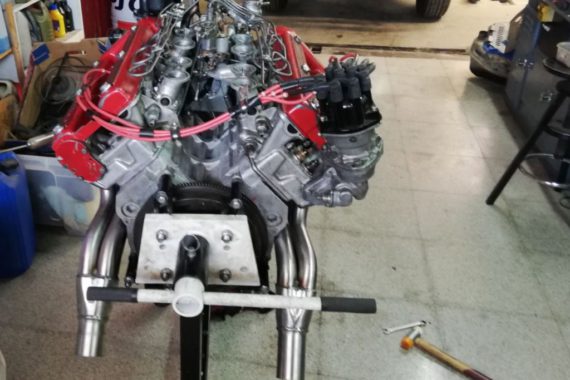