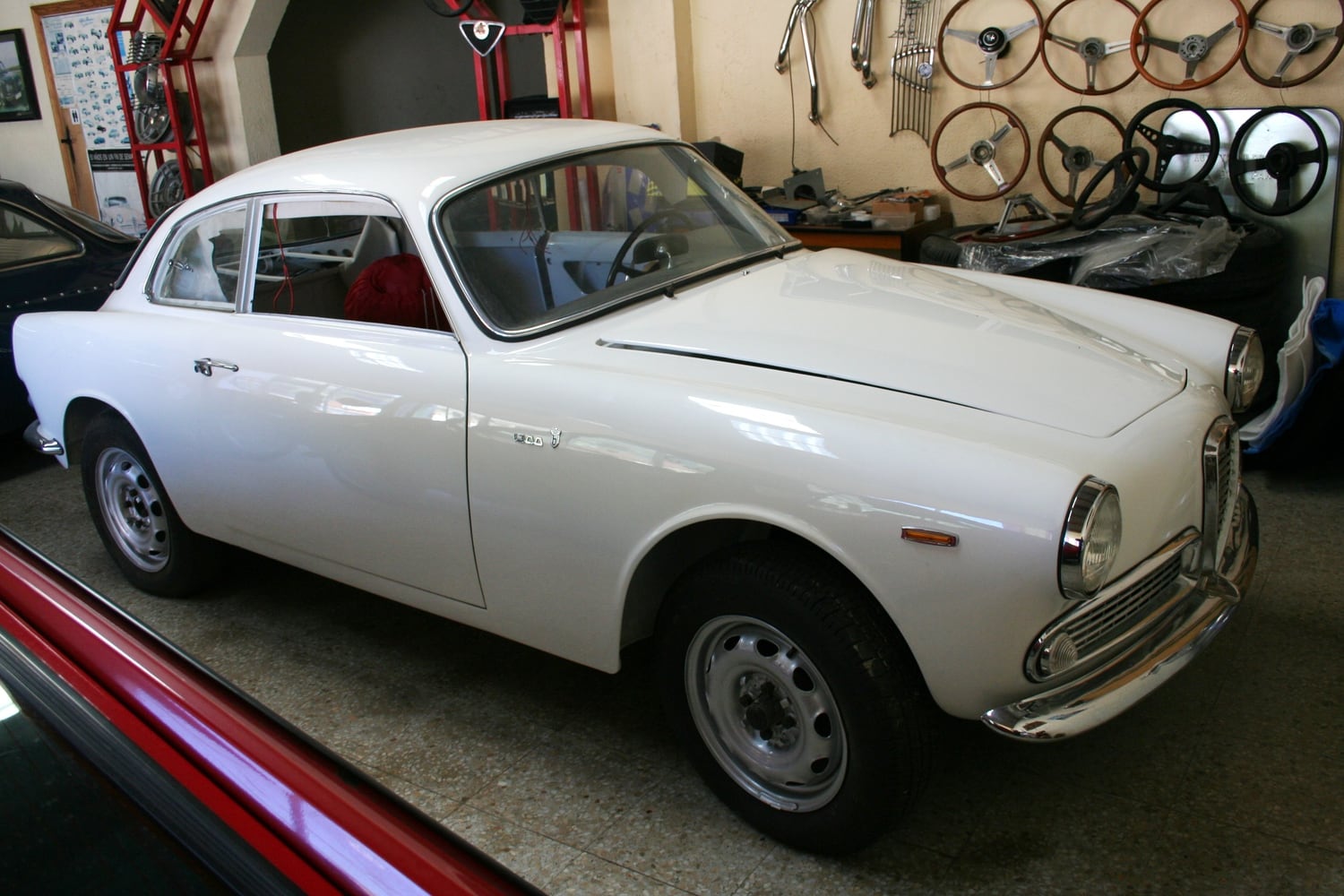 This 1300 Sprint dates from the later period (1962-65) during which the 105 Giulia series replaced the 750/101 Giulietta/Giulia series. In this period the hybrid 101 version was produced (basically mechanicals from Giulia, chassis from Giulietta) and this is the 1300 version of that car.

This is the only 1300 Sprint fitted with a 5 speed gearbox. and drum brakes, while its dashboard is unique to this series.

Only 7107 cars were produced in the series, both Sprint and Spider, apparently only 2000 units being 1300 Sprint.

Finished as original factory in  white with blue/grey interior, this 1300 Sprint  is an original Spanish market car which is in the process of full restoration.

Now in final assembly, this 1300 Sprint should be completed in the first half of 2021. 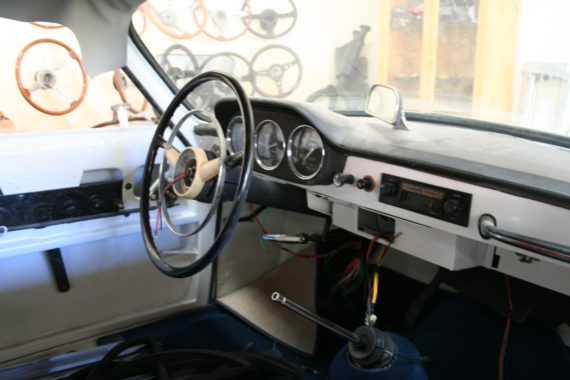