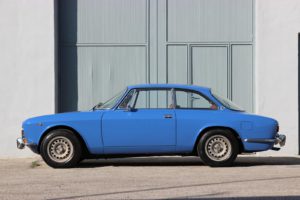 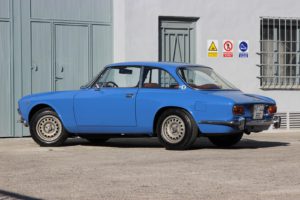 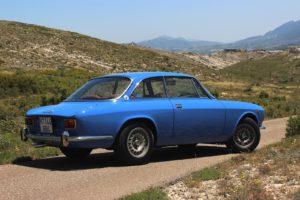 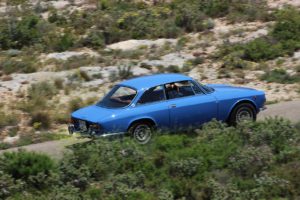 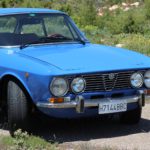 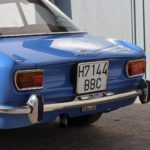 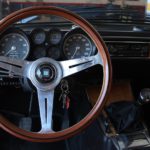 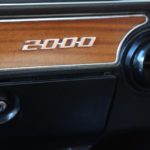 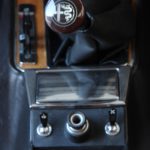 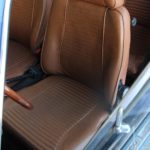 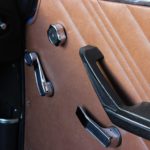 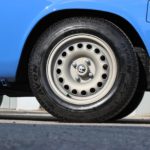 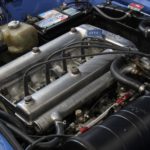 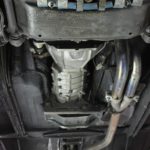 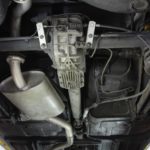 This 1300GT Junior was sold new in Holland, finished in the very rare colour ‘Azzurro Le Mans’. Fortunately, it escaped a repaint in ‘retail red’ and was brought to Spain by a dutch owner in original condition, but in need of work. Italclassic sold the car to a new owner, which began a program to build the car into something special. Please, read about three different phases carried out below…

Early thoughts were to use the car for local historic rallies. This meant replacing the mechanicals (engine/brakes/LSD) with 2000GTV components. 123 electronic distributor and coil were fitted to improve reliability.

At the same time, the suspension was lowered and upgraded with a Classic Alfa handling kit and a sumpguard fitted to protect the engine over the bumps. Cosmetically, new headlining and screen rubbers were installed, and the underbonnet area was painted and detailed.

A new upgraded engine was commissioned from John Rasenberg, the idea being to prioritize torque and drivability. John wanted t try some new ideas and the results exceeded expectations. Giving approximately 150bhp, but with a very fat torque curve in a light coupe body, the GT Junior was now a roadburner.

In keeping with its sleeper status, the gearbox was rebuilt to cope and by now the decision had been made to keep the car looking as factory as possible, even retaining its 1300cc badging. A Nardi steering wheel together with Alfaholics column extender improved both the ergonomics and look and feel of the interior, and a final touch was a set of GTA style wheels, unusually finished in the style of 1970s magnesium wheels.

The car now drove perfectly, one of the best Bertone´s Italclassic had experienced. It presented well, but was a 3 footer, so the decision was taken to refresh the paint. In the process, some earlier body repairs were discovered and brought back in line with factory practice. With the car dismantled, full repaint of under bonnet and boot could be carried out. All brightwork was professionally polished and the car finally had the shine to match its sparkling performance.

The final seal of approval came from Alfa Romeo de España who invited the car to be used at the launch of the new Giulia model at Jarama Circuit in Madrid, May 2017. The owner subsequently decided to quit on a high, with Italclassic brokering its sale, so that the car is now back in Holland, where it was originally sold.

EVERYTHING FOR YOUR CLASSIC CARCONTACT US