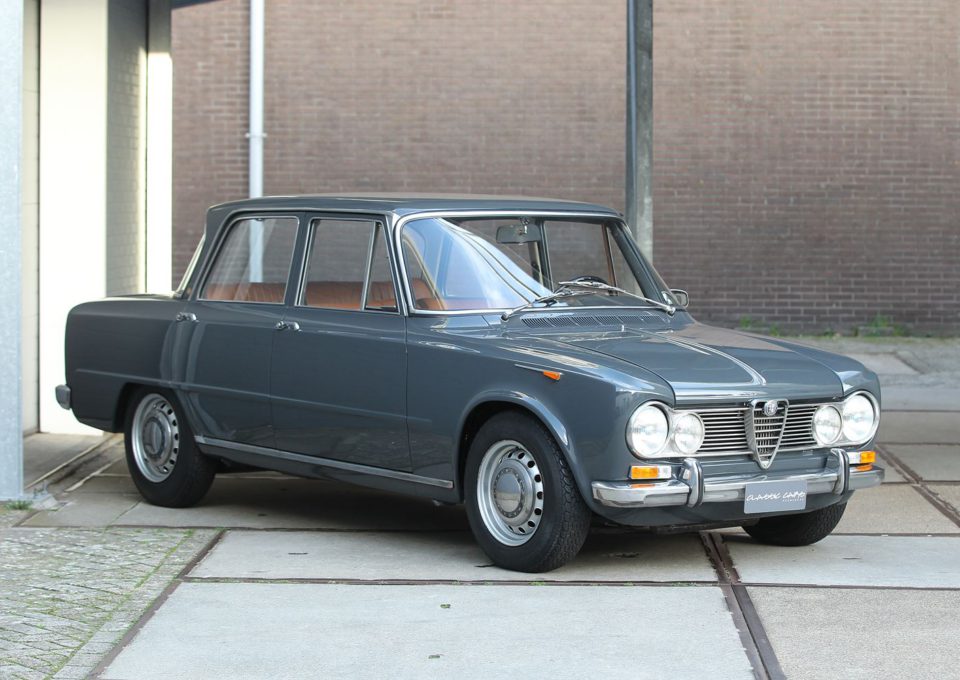 The Alfa Romeo Giulia Super Bollino d’Oro was a special top of the range edition Giulia launched in 1967. Available only with the 112 bhp 1.6 version of Alfa´s classic Nord twin cam, the Bollino d´Oro featured:

In 1969, the Bollino d´Oro was renamed Biscione, with the same specification but different seats and the handbrake moved to the transmission tunnel, in line with other ´69 model changes.

In general, the Bollino d´Oro is one of the rarest and most desirable of the Giulia Berlina models, particularly for the USA, where the model was not sold.

This car has been totally restored between 2016-18. Overall condition of this car is as new with many NOS stock parts used.

Originally registered in Prato, Tuscany, this Bollino was imported to Holland in early 1990s, being regularly used in generally sound condition until 2016, when it was consigned to Italclassic by a Dutch dealer for a full restoration.

The restoration started with a complete strip down. Sheet metal was repaired or replaced as detailed below, before being painted inside and outside in the original and unusual Grigio Grafite. The quality of the paint is excellent and the car has been finished throughout to the highest standards. Bills are available to prove and (lesser quality) photos of the restoration process can be provided. Since restoration, this Bollino d´Oro has only covered test miles

Mechanically, everything has been checked and rebuilt, to include:

Structurally no significant welding was required to very sound bodyshell, replacement panels or parts were fitted as follows:

Interior has been reupholstered with as original new materials in the original colour (Wild boar):

Electrics have been overhauled with:

EVERYTHING FOR YOUR CLASSIC CARCONTACT US